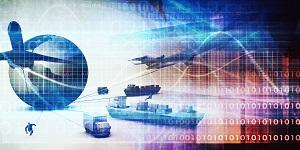 The data standard, created on the basis of the mapping of the Negotiable FIATA Multimodal Transport Bill of Lading (FBL) with the UN/CEFACT MMT reference data model, allows the exchange of BL data in a standardised way, facilitating interoperability between all modes of transport and industry stakeholders.

Available via FIATA’s GitHub repository, the data standard is offered as open source for all software providers and industry stakeholders to implement. FIATA expects its standard to become the main global standard for all House Bill of Ladings, noting the compatibility with other BLs.

The eFBL data standard is the first outcome of the FIATA and UNECE collaboration. Three other FIATA standard documents are in the process of being mapped with the UN/CEFACT MMT RDM and the respective data standards are expected to be released by the end of Q2 2022: the Non-negotiable FIATA Multimodal Transport Waybill (FWB), the FIATA Warehouse Receipt (FWR) and the FIATA Forwarders Certificate of Receipt (FCR).

“The standards in use now, including the only global standard for electronic data exchange UN/EDIFACT, were developed over 20 years ago” said UNECE Executive Secretary Olga Algayerova. “The standard we’re announcing today builds on a family of reference data models set out to become the next generation of global standards for trade and transport information exchange to be used for the next 10-20 years as international public goods.”

“FIATA is delighted to be a pioneer in engaging with the UNECE to enable standardised data exchange supporting multimodal transport for operational purposes, using the UN/CEFACT standards as a basis to facilitate interoperability.” said Dr Stéphane Graber, FIATA Director General. “FIATA is committed to facilitating the seamless exchange of data between freight-forwarders and their industry stakeholders. The release of the eFBL data model is a great step towards paperless trade, which is expected to benefit all actors of the supply chain by reducing costs, increasing security and gaining efficiency.”