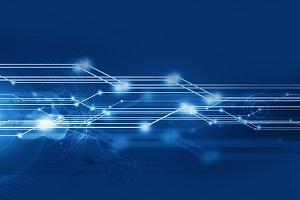 The need to digitalize information flows in international supply chains became clearer than ever during the pandemic, thanks to the reduced person-to-person contact this allows, on top of important efficiency gains. However, efforts to date have been fragmented. UNECE and its subsidiary body UN/CEFACT are offering a solution: a package of standards to provide interoperability for the digital exchange of data between modes of transport, sectors, companies, agencies and countries.

Experts of the United Nations Centre for Trade Facilitation and Electronic Business (UN/CEFACT) finalized work on three air cargo documents: Air Waybill (AWB), Dangerous Goods Declaration (DGD), and Consignment Security Declaration (CSD). This development marks the completion of a package of standards and artefacts for the digitalization of multimodal transport data sharing for the key documents accompanying goods transported by all transport modes: road, rail, maritime, air and inland water. This was undertaken in the framework of the multiagency United Nations Development Account (UNDA) project Transport and Trade Connectivity in the Age of Pandemics, which leveraged collaboration among the five UN regional Commissions and UNCTAD to respond and recover better to the pandemic through resilient supply chains.

A prime objective for developing this package is to help avoid physical contact in transport and supply chains, while increasing the safety, security and efficiency of international trade for different transport modes. Standards and artefacts had been developed for the other modes of transport including some created before the pandemic, such as the electronic cross-industry invoice and road consignment note eCMR. New standards for electronic document equivalents were developed for the railway consignment notes CIM/SMGS and SMGS, the maritime waybill, an inland water transport bill of lading, the three air cargo documents mentioned above, packing list, wagon list, and other additional documents. The package is published on the websites of UN/CEFACT and the UNDA project, together with best practice examples of implementation of the standards for real case multimodal transport and trade operations in transition economies.

The standards and artefacts for these documents include: Business Requirements Specifications (BRS), Core Component Library (CCL) structure, dataset alignment with other ‘document’ objects, XLS guideline structure, XSD schema, UML diagrams, HTML index, etc. For the air cargo documents, a team of air domain experts involving carriers, freight forwarders, experts in dangerous goods, safety, security, airport handling, multimodal transport, and data digitalization elaborated the standards and artefacts through an open process, in collaboration with the International Civil Aviation Organization (ICAO). The next steps include outreach and implementation to assist stakeholders with the deployment of the standards.

Based on the UN/CEFACT semantic standards and Multimodal Reference Data Model (MMT RDM), the package can be used to achieve interoperability in the digital transformation of data and document exchange for multimodal transport and trade. This enables the smooth exchange of data between different modes of transport, documents, data sets, etc., using UN/CEFACT’s semantic standards and MMT RDM as a common foundation.

The project helps map data in existing documents to the MMT RDM, to be used as a common denominator for a seamless flow of data between different electronic documents, data sets, modes of transport, and economic sectors. To support this, UNECE is preparing a guide for users on how to utilize these standards and artefacts for multimodal data exchange, when preparing real world electronic document equivalents.

The overall problem is that efforts towards digitalization of data and document exchanges in transport and supply chains are fragmented between sectors, modes of transport, countries, and enterprises. Fragmented efforts and interests create, in turn, inefficiency and lack of transparency, hindering both growth and regulatory controls. Standards and artefacts created by international stakeholders through UN/CEFACT offer open, proven and trusted standards for trade, transport and regulatory bodies across multiple business and industry sectors enabling significant efficiency and safety gains.

One of the first success stories under the project was the development by a joint working group of UN/CEFACT and the International Federation of Freight Forwarders Associations (FIATA) of a digital version of the FIATA Multimodal Bill of Lading, using the UN/CEFACT MMT RDM and semantic standards.

Users increasingly recognize the significance of this approach. The European Union adopted in 2020 a regulation on electronic Freight Transport Information exchange, which envisages that in five years all transport data exchange inside the European Union will be multimodal, moving from exchanges of documents to the exchange of data and data sets. They have essentially accepted the UN/CEFACT MMT RDM as a common global foundation for this data exchange.

These developments open significant potential for world trade. These ‘technology neutral’ standards are designed to serve as a basis for the new generation of data exchange. They will build on and develop further the success of UN/EDIFACT: the only global standard for electronic data interchange (EDI).

The UNDA project supported several pilot implementations in transition economies, such as the export of wood products from Belarus via Ukraine, the Black Sea, and the Danube, to Serbia, using several modes of transport. The tools created can be used in Single Window systems for export and import clearance. Interest has already been expressed in carrying out an exercise similar to the data mapping and referencing of key documents accompanying goods to the MMT RDM for the five modal Dangerous Goods Declarations and creating a common standard data set, after a proper data harmonization process. The technology-neutral multimodal standards can serve as a foundation for interoperability using XML, JSON API, blockchain or other forward-looking technologies.